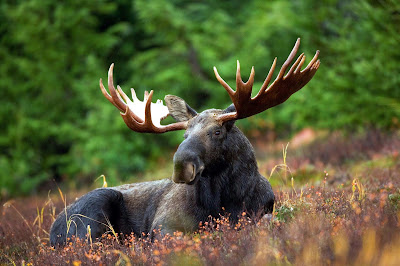 In order to find the real causes of arthritis, researchers examined the bones of Isle Royale moose among which this joint disease is surprisingly common.

The metatarsus - this approximately 13-inch-long rearfoot bone - is one of the most informative body parts of a moose as it reveals how much the animal grew as a fetus and during its first year of life.  As a rule, the better nourished a young moose is, the longer the metatarsus is.

What researchers have learned is that moose with the shortest metatarsi had twice the odds of dying with arthritis than the largest moose. Moreover, moose born in the same year were observed to have a similar predisposition to developing arthritis later in life.  For example, the moose born between 1969 and 1971 experienced severe winters and much competition for food. Eighty percent of them developed arthritis as they reached old age, a decade later. Conversely, only twenty percent of the moose born between 1949 and 1952 ever developed arthritis. Interestingly, winters were reported to be especially mild in those years.

These facts make us conclude that there is an obvious link between poor diet and arthritis. It may also explain the reason why arthritis became more prevalent in native Americans right after they started to rely more on corn and agriculture and less on hunting and gathering. Their diet became far less nourishing which later took its toll on their body in the form of arthritis. 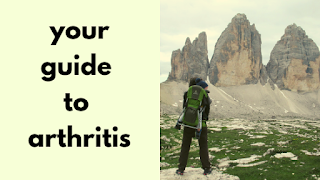 For more invaluable information about osteoarthritis, visit the author's website.